Are you living in a card-check multiverse?

If someone offered you a chance to step into a Star Trek transporter and send you somewhere else in the universe, would you do it? 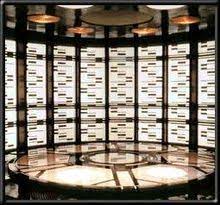 That was the first question Tyler Cowen asked physicist and philosopher David Deutsch on a recent Conversations with Tyler podcast (highly recommended). What followed was a fascinating primer on the latest thinking in quantum physics on the multiverse (spoiler: Tyler would NOT hop in the transporter, but David might).

I realized as I listened that we are absolutely living in a multiverse, and I can prove it! Because you live in a universe where union elections are how we officially certify whether a union enjoys majority status. But there’s been a fork in that universe. Alongside that universe is another, where the Joy Silk Mills doctrine is alive and well (and expanded).

In this new universe a union can seek certification by simply asserting its majority status on the basis of cards. Yep, card check. Without any change in the National Labor Relations Act and without adopting the PRO Act.

On August 12, 2021, General Counsel Abruzzo initiated the new fork. She asked the Regional Directors to forward to advice any cases in which an employer, “refuses to recognize and bargain with a union where the union presents evidence of a card majority, but where the employer is unable to establish a good faith doubt as to majority status; specifically, where the employer refusing to recognize has either engaged in unfair labor practices or where the employer is unable to explain its reason for doubting majority status in rejecting the union’s demand. See Joy Silk Mills, Inc., 85 NLRB 1263 (1949).”

Less than one month later we already have our first case in this new fork of the multiverse. It’s the first I’m aware of and is ongoing, so I’m not going to get into the exact facts. But rest assured this will be the first of many.

This is what every employer should be expecting over the coming months. If a union has a majority signed up on cards they’ll engage in this same dance, living in a new Joy Silk multiverse until told otherwise. And the weight of the General Counsel will be on their side all the way.

One might ask, “wasn’t this whole Joy Silk thing put to rest by the Supreme Court in the 1970’s?” Well, as a matter of fact it was, in the Linden Lumber Division decision in 1974. In that case the Supreme Court held that the NLRB did not abuse its discretion when it created the current framework, where an employer is not required to accept a union’s proof of majority status and can instead ask the union to seek an election to prove it represents a majority. Seems like that sort of shuts off this fork of the multiverse, right? Not so fast.

The new General Counsel must be contemplating a whole new framework. She’ll ask the Board to go further than the original Joy Silk framework, instead arguing they should exercise their discretion exactly the opposite way it did in Linden Lumber. In other words, if an employer does not have proof that a union lacks majority status it is an unfair labor practice to fail to recognize the union. In other words, the 9(c) election is only available in cases where an employer proves its good faith doubt (or a union has less than a majority signed up). In other words, card check becomes the default certification method.

This new branch in the multiverse will certainly face legal challenges, especially since the Supreme Court has already given its stamp of approval to the current framework. But is changing the default an abuse of discretion by the Board? That’s a little more slippery than if the Court had held that the statute dictates the current framework – and unfortunately, they didn’t say that. And since we don’t have a transporter to go back and get them to edit their opinion, we’re going to be stuck in this new branch of the multiverse for a while. Beam me up Scotty!

PS – Curious about how your company should respond to this new “card check” multiverse? Join me next week on our PRO Act Pivot Part 2 webinar where we’ll cover this and much more.