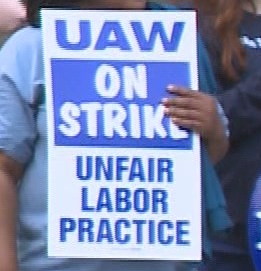 The renowned Johns Hopkins Hospital has been the target of a long running organizing campaign by National Nurses United. The union resorted to filing Unfair Labor Practice charges against the hospital last October. To avoid costly litigation, the hospital reached an agreement to post a notice of employee rights to organize. Contrary to the unions statements, hospital spokesperson, Kim Hoppe, reiterated that the NLRB made no determination that the hospital violated federal labor law.

Nurses at St. Vincent Hospital in Toledo, OH walked out on strike on May 6th and returned June 12 when a tentative agreement was reached between the UAW and the hospital. When given the chance to vote on the new contract, 57% of the nurses rejected it, leaving the group without a contract. Two other hospital units totaling about 930 employees took part in the strike until they approved new contracts in early June.