Money (as opposed to worker’s rights) has always been Big Labors god. Witness the stealing of Medicaid funds from caretakers in states across the nation (that theft amounted to more than $150 million in 2017 alone, and from 2000 totals $1.4 billion). Those whose pockets were picked received absolutely nothing in return.

With the recent Janus decision, Big Labor just took a huge one in the shorts, as unionized government workers can no longer be compelled to pay dues. It could get even uglier for unions if employees are allowed to sue for back dues extracted from their checks - to the tune of billions of dollars. Although some suggest that retroactivity won’t be allowed because Janus is a change of 41-year-old precedent, others remain hopeful that the various states will allow claims based on statutes of limitations.

Public unions may face even more “music,” to the tune of having to comply with the Labor Management Reporting and Disclosure Act (LMRDA), which they have been exempt from since its inception in 1959. The law was interpreted from the beginning to apply only to private sector unions, but that could soon change. Big Labor is between a rock and a hard place at the intersection of Janus and this potential DOL rule change. On the one hand, they are attempting to convince public employees that they will not misspend their money if they choose to pay dues, while on the other hand, they will most likely fight hard to retain the right to conceal exactly what they do with all that dough. 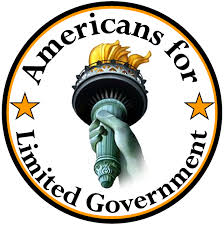 The Americans For Limited Government foundation recently released a report listing improvements that should be made in the scrutiny of union finances after eight years of Obama-administration neglect.  Click here to review the 11-page report.

And no mention of unions and money (or the mishandling of it) would be complete without the latest revelation of hands-in-the-cookie-jar. In this case, Norman Seabrook, president of the Correction Officers’ Benevolent Association, accepted a $60,000 bribe to invest retirement funds in a risky hedge fund, Platinum Partners, which ended up costing the Association members over $20 million of lost retirement.