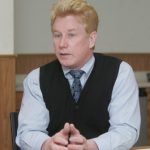 Following on the heels of the much publicized UAW financial scandal, a small nurses union in Pennsylvania finds it is not immune to the same corruption that plagues larger high-profile unions. Executive Director William P. Cruice has filled the post since the inception of the Pennsylvania Association of Staff Nurses and Allied Professionals (PASNAP) in 2001. A September report by an outside auditor revealed three years of overpayments for salaries and vacation advances for Cruice and two other union officials. Cruice was placed on administrative leave, and then asked to resign. He denies any wrong doing.