Since Big Labor is constantly lamenting the salaries and perks of the country’s highest paid executives (running companies that create millions/billions of dollars in economic value), it is useful occasionally to take a close look at the salaries of union executives, running organizations that are nothing but a drain on the American economy.  The graphic below depicts the ten mostly highly compensated union executives for 2017. Not bad, for an entire industry that is supposed to be “looking out for the little guy.” 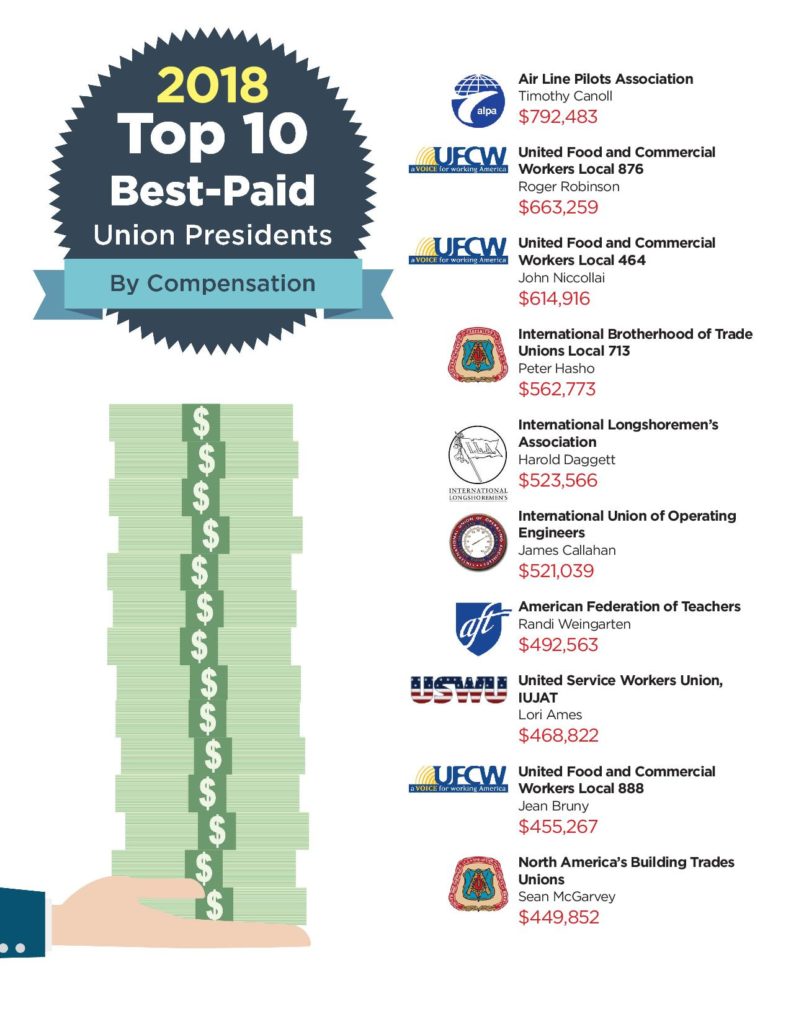