First item in the update is the demise of the National Council on Federal Labor-Management Relations, a sop to government unions created by executive order in 2009 by President Obama. The objective of the Council was to expand the topics that could be considered for bargaining by government employees, but Trump saw it for what it was – a waste of taxpayer dollars – and revoked the order. 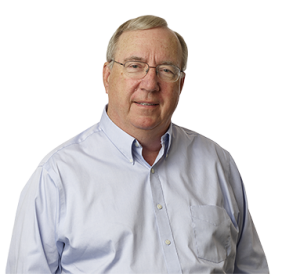 Peter Robb, Trumps pick for NLRB General Counsel, sounded off in favor of workers when he included the right to “refrain” from union membership as one of the core values of federal labor law that he would defend in his role. His comments came in testimony before a Senate panel.

The NLRB dodged a bullet - at least temporarily - when an appropriations bill aimed at slashing the board budget by almost half failed. Rep. Glenn Grothman (R-Wis.), citing a decline in the board’s caseload by nearly 60 percent since 1990, introduced the measure. It is likely that another similar measure will be proposed again by either the House or the Senate.

Uncertainty over the ambush election rule remains. For the second time new NLRB member Marvin Kaplan has declined to comment on his view of the rule, this time in the case of Garda CL Atlantic, Inc.

It was Big Labor’s time for a bullet-dodge when Justice Scalia passed away, leaving the remaining Justices to split 4-4 in the Friedrichs case. At issue was the forcing of public sector employees to pay union dues even if they chose to refrain from joining the union. Now, in Janus v. AFSCME, the Supreme Court is set to decide the issue in June of next year.

Lawmakers in California just tightened the screws on employers again. In early October, Governor Brown signed a new law limiting an employer’s right to defend itself against allegations that it retaliated against an employee for making wage claims. The California Labor Commissioner now has a much lower bar to meet to obtain injunctive relief. If you have employees in California, read the details here.