Joint employer is still in the spotlight, as anticipation of NLRB action remains at high levels. Board Chair, John Ring, has signaled the agency’s desire to use rule-making to “issue guidance in a clear and more comprehensive manner,” including the issue of joint employer. According to Ring, the NLRB has received over 29,000 comments in response to its notice of proposed rule-making.

One of the still-unanswered questions surrounding joint employer is whether or not board member William Emanuel will recuse himself from the decision. In the earlier Hy-Brand decision, which reversed the Obama administration’s joint employer standards, an agency inspector general’s decision that Emanuel should have recused himself reversed the ruling. Now documents leaked from the board, a Supplemental Recusal List, suggests both Emanuel and Ring would need to recuse themselves from ruling on the matter.

In a related action, CNN agreed to pay $70 million to settle a 15-year-old lawsuit brought by employees of Team Video Services, a contractor to CNN. The case came before the NLRB during the Obama administration, which not surprisingly found a joint-employer relationship.  A three-judge panel overturned the ruling in 2017, but CNN agreed to settle to prevent having to go back and litigate a number of factual issues.

Social media made headlines again, as an NLRB memo addressed cell phone and social media workplace policies. Bottom line for social media: employers cannot prevent employees from making disparaging remarks about the company, or providing the employer’s phone number. Cell phones cannot be totally prohibited from work, and employees must be allowed to access their devices on campus during breaks and before and after the work day.

The NLRB has provided more stability in situations where a collective bargaining agreement is in place but the employer has proof that the union no longer has the support of a majority of employees. Under the new guidelines, the employer must notify the union of its anticipatory withdrawal within 90 days of the contract’s expiration. It can then officially withdraw when the contract ends. The union has 45 days from the time the employer gives notice of the anticipatory withdrawal to re-establish its majority status by filing a petition for a new election. There is now clarity by the time a new CBA negotiation is due to begin.

President Trump has selected a replacement for outgoing Labor Secretary Alexander Acosta. A week after Acosta announced his resignation in the wake of his role in the Jeffrey Epstein plea deal, Eugene Scalia was announced as his successor at the DOL. Scalia, son of the late Supreme Court Justice Antonin Scalia, served a short time as the solicitor for the DOL, appointed by George W. Bush in 2002. Scalia also served in George H.W. Bush’s Justice Department and Ronald Reagan’s Education Department and has had an extensive legal career on behalf of employers. 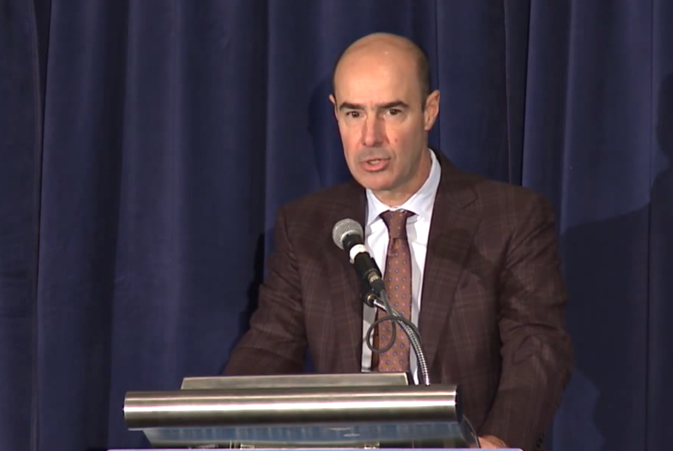