NLRB General Counsel Peter Robb issued a memo in June loosening the standards by which employee handbooks should be judged. The memo was the outcome of the recent Boeing ruling in December, that established a new standard for evaluating employer rules that balances the potential impact of the rule on employees’ NLRA rights against the employer’s legitimate justification for the rule.  The memo instructs NLRB regions that ambiguities should no longer be interpreted against the employer, and covered several categories of policies:

The board held that Disney did nothing wrong when it withheld bonuses from a group of employees during negotiations with the union regarding wages. Although Disney had already announced the bonuses would be forthcoming due to recent tax cuts, and in fact paid other groups of employees (both non-union, and members of other unions), the board stated that the company could withhold the bonuses for the group under negotiations as part of its bargaining strategy.

NLRB Chairman John Ring announced that the board will proceed with rule-making on the issue of joint employer standards. In a letter to key Democratic senators, Ring pointed out that rule-making was the most appropriate way to deal with the joint employee issues, as cases are restricted to the facts of each case, and recusals don’t apply. Because rule-making only applies moving forward (no retroactivity), there is also more certainty for employers.

The courts were favorable to employers in recent rulings, starting with the Supreme Court’s affirmation of the legality of employer mandatory arbitration clauses. The court held that class and collective actions are not “concerted activities” protected by Section 7 of the NLRA.

The D.C. Circuit Court unanimously vacated the National Labor Relations Board’s decision in Colorado Fire Sprinkler Inc. and called the board to task for what it deemed an “arbitrary and capricious” decision.  Two union-friendly members of the board (Hirozawa and McFerran - member Miscimarra dissented) stretched the facts to find that a construction pre-hire agreement had morphed into “proof” of majority support based on contract language alone, and not on the basis of employee choice. The ruling ensures that “the employees pick the union; the union does not pick the employees.” 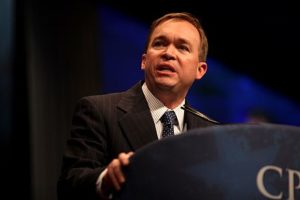 Amidst a frozen budget and rumblings from the White House - specifically as a directive from Mick Mulvaney, head of the Office of Management and Budget - that the Departments of Labor and Education may be merged into a single agency, the NLRB will soon offer buyouts and early retirement to eligible staffers in its regional offices and D.C. headquarters. The board’s funding has not been increased in the last four years, and there are currently about 200 vacancies in field offices.