The last 30 days have been a slow month for news related to labor activities from the halls of power.

After the Obama-era DOL suspended the practice of issuing opinion letters for wage and hour topics in 2010, the department has resumed the practice of providing guidance for employers with the issuance of three letters. The DOL addressed 15-minute rest breaks for serious health conditions; employee travel time; and lump-sum payments to employees. The resumption of the practice means that employers can request opinion letters in an effort to balance the requirements of the intersection of various employment laws.

The NLRB deemed invalid a hospital policy restricting the visibility of union logos or names on name badges or badge reels. At issue was the broad language of the restriction, as in hospitals such a policy is allowed in patient care areas, but not in non-patient care areas, and the policy failed to discriminate.

Tribal-owned casinos lost another round when a Ninth Circuit judge ruled that Casino Pauma, located in San Diego county, violated the National Labor Relations Act when it restricted union organizing activity in front of its property. Although Judge Marsha Berzon acknowledged that the NLRA is ambiguous as to its application to tribal employers, she called the board’s determination that such employers are covered by the act a “reasonably defensible” interpretation of the NLRA.

In Aerotek Inc. v. National Labor Relations Board, the Eight Circuit provide additional guidance regarding the violation of union “salting” privileges. Four IBEW members applied for jobs at Aerotek with the expressed purpose of interesting employees at Aerotek non-union facilities in organizing their workplaces. Aerotek failed to hire any of the four, and when the ALJ determined that Aerotek violated Sections 8(a)(1) and 8(a)(3) of the NLRA, Aerotek appealed and lost.  The court stated that an employer violates the NLRA only if the NLRB’s General Counsel shows the following: 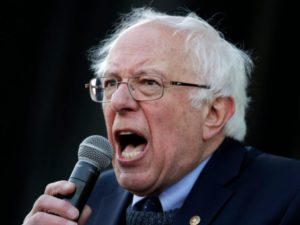 Senator Bernie Sanders (I-VT) spearheaded an EFCA redux with the introduction of the “Workplace Democracy Act” in the Senate. Although the bill will go nowhere, it is likely a union benchmark for the mid-term election season, and it is interesting to note that many of the Senators discussed as likely 2020 Presidential contenders have joined as initial co-sponsors. The tenants of the bill include:

Meanwhile, Connecticut legislators are considering a bill that would in essence outlaw captive audience meetings during union organizing campaigns. If they proceed, they have an uphill battle in front of them. In 2011 the Connecticut Attorney General concluded that such a law would be preempted by the NLRA and possibly precluded by the First Amendment.