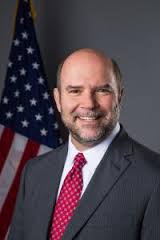 In our November INK Insight article, Phil highlighted key areas that he either expected the newly constituted board to focus on or suggested that they should. As retiring board member Miscimarra’s term rolled to an end, several of those wish-list items can be checked off the list.

In mid-December, the NLRB overruled Lutheran Heritage, a 2014 decision involving workplace civility rules, and issued a new test. When analyzing attacks on handbook rules and policies, the board will now seek to “ensure a meaningful balancing of employee rights and employer interests.”

Although the Supreme Court declined to weigh in on joint employer, the NLRB announced that the 2015 test implemented by the Obama board would be dropped, and the board will revert to requiring a finding of direct and immediate control in order to claim that two entities are joint employers

The board also dealt with employer stability after the expiration of a collective bargaining agreement, confirming that merely continuing a past pattern of unilateral changes following the expiration of a CBA neither disturbs the status quo nor creates an obligation to bargain with the union.

The board also killed the “micro-units” organizing tactic, overruling the 2011 Specialty Healthcare decision.

Looking forward, the board opened for comment the rule giving workers’ contact information to unions, signalling its intent to rewrite or rescind it.

Peter Robb, the new General Counsel for the board, signaled his commitment to continue the trend, issuing a 5-page memorandum directing Regional Offices to submit cases to his Division of Advice for review that impact “significant legal issues.” Included in the definition of such issues were Obama-board decisions that either overruled precedent or involved one or more dissents. The memorandum provided 26 examples, and this article from Jackson Lewis highlighted some of the key ones:

And if your company has had an NLRB charge filed against it, help is on the way. Robb has signaled his intent to reverse the deferral to arbitration restriction imposed by former GC Richard Griffin. The board will need to weigh in on the deferral standard in some future case, but in the meantime it may benefit a company to reference Robb’s intent. Robb is also determined to overturn the 2011 mandate regarding “default” language relating to the violation of a settlement agreement, which triggered a default judgment relating to the underlying charges. This will make settling NLRB charges much cleaner.

In an interesting development, Robb announced to the boards regional directors that he is considering a restructuring of the field operations of the NLRB, resulting in a smaller number of offices that report directly to the general counsel. Full board approval would be required for such a move, and the merits of such centralization may need to be justified. 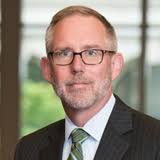 Capping off NLRB news, Phil Miscimarra’s replacement appointee has been announced. President Trump announced John Ring as his nominee to fill the vacancy. Ring now faces Senate confirmation. Ring is a former partner at Morgan Lewis, where he worked alongside former board member Miscimarra.