As the UAW strike entered its ninth day on September 24th, GM was forced to lay off 1200 workers at other facilities not represented by the union. If nothing else, the strike has provided Democratic presidential hopefuls the chance for a little grand-standing solidarity in an attempt to earn union support. 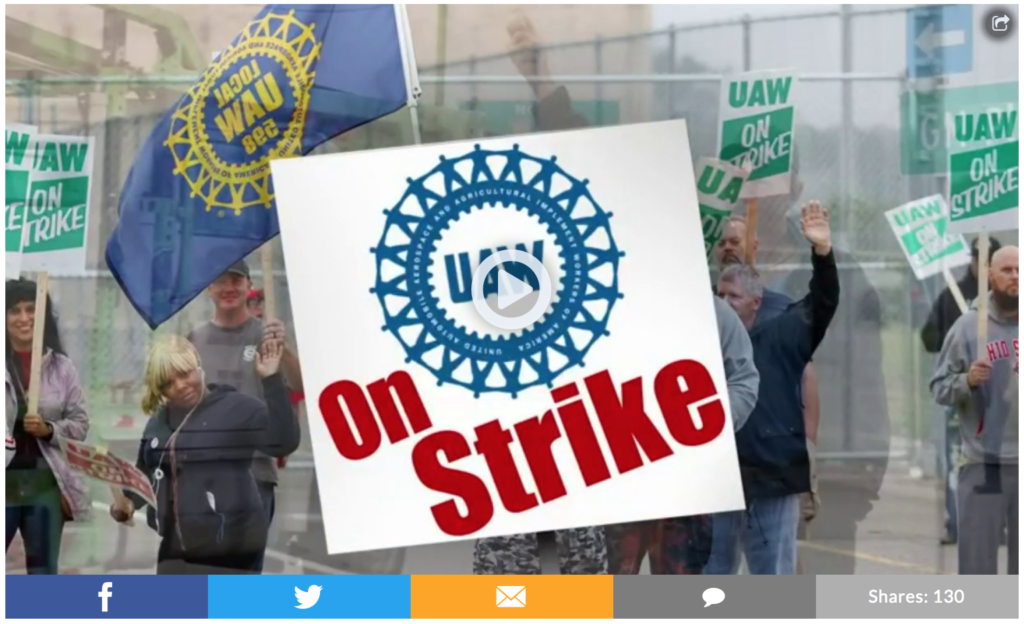 The Teamsters of course jumped on the bandwagon already, refusing to deliver any GM products. The two unions have a history of supporting each other’s strikes. GM said it had plenty of inventory, but industry analysts have said they believe that will only remain true for up to two weeks.

Estimates of the financial damage to GM range from $25 million for the first week of the strike, to $400 million per day by some analysts. Closer to home, the $250 per week of strike pay for striking employees doesn’t come close to the approximately $630 per week earned by temporary workers.

Some analysts predict that if the strike continues for very long, the midwest could be plunged into a recession as the impact is felt by the 10,000 other U.S. companies that supply GM. Some economists expect 300,000 job losses due to the 50,000 striking workers.

With GM’s termination of paid employee health benefits to the strikers, the UAW has stated it’s intent to either pay benefits via COBRA, or make sure basic health needs are met. In addition to the weekly pay, having to make COBRA payments for almost 50,000 workers could quickly drain the strike fund.

Only about 2% of the contact language was in place by the September 14th strike deadline. Major unresolved issues involve the wages and status of new workers and temporary workers, who now account for up to half the workforce in the U.S. auto industry.