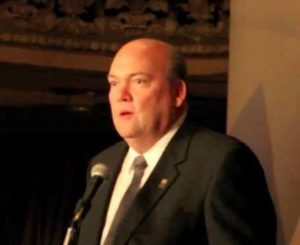 Back in 2016, a corruption and racketeering probe into James Hoffa and top Teamster officials began. On April 30th of this year, it picked up some steam when attorneys for the Independent Investigation Officers filed an application to subpoena payment records from banks, insurance brokers and healthcare professionals who provided services to these Hoffa administration officials who are in question.

John T. Coli Sr. is one such official, serving as the head of the Teamsters 12,500 member Chicago local. U.S. Labor Department records show that during Coli’s three-year tenure as the group’s appointed trustee, Local 710 paid his son’s firm, Illinois Advocates, more than $300,000. $221,468 was paid to Illinois Advocates LLC out of the local’s pension fund. The other $79,247 came out of Local 710’s Health & Welfare Fund.