New York Teamsters members are being trained on how to respond should a raid be conducted on their workplace or if an individual is approached regarding the immigration status of a fellow member. Some are calling these endeavors an effort by the Teamsters to become a “sanctuary union,” prioritizing solidarity amongst the members ahead of immigration laws. 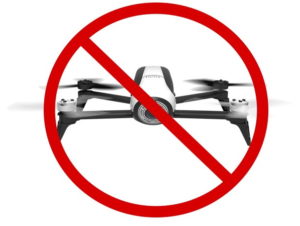 In current contract negotiations with UPS, the Teamsters are requesting that the company “agree not to move toward logistics models based on drones or autonomous vehicles, that it hire 10,000 more workers and that it ban deliveries after 9 pm.” Click here to read why one consultant believes the union is being unrealistic and by not embracing technology, they are simply putting off the inevitable and are risking losing business to those willing to embrace such technology.

Union hierarchy works based on length of time a person has been employed at a particular location. The longer you’ve been somewhere, the more you make and the more your voice matters. Most people who join a union know this going in, but that doesn’t mean that they are okay with having no say at all. When one member at a Teamsters local decided he was fed up with not having a voice during contract negotiations, he put together a petition that requested that members on the lower end of the totem pole be included in discussions regarding current negotiations. How did the union respond? By creating a local Facebook group that welcomed some members, but excluded others. Namely, those who had signed the petition.

Months ago, it came out that former Chicago Teamsters boss John T. Coli, Sr. allegedly extorted millions of dollars from the union. In the time since, Coli has maintained his relationship with the union. That is, until he refused to answer questions during an internal investigation with union officials. As of earlier this month, Coli been officially booted out. Members are encouraged to have no contact with him whatsoever.