Corporate campaigns and ballot initiatives are tools used by Big Labor when they fail at grassroots organizing, and Dave Regan of the SEIU-UHW is the king of ballot initiatives. Over the last few years, he’s spent almost $30 million on 20+ initiatives, none of which have passed, and all of which are designed to pressure his targets into cutting a deal with his union. Despite his failures thus far, he seems determined to continue the gambit, having spent approximately $14 million in the last 14 months alone, and a total of $10 million in 2017.

SEIU United Healthcare Workers East (SEIU 1199) lost in another strategy designed to circumvent the organizing process. The union represented some workers at Northwell Health facilities, but other units had turned the union down cold. The company colluded with the union to have those groups of employees “accreted” into the union, and upon being informed of this maneuver, a ULP was filed against the effort. The union was shot down for the blatantly egregious effort. 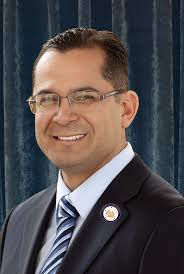 On the other side of the country, the SEIU won big when a California Superior Court judge ordered the California Department of Public Health (“CDPH”) to turn over the names and personal home addresses of approximately 180,000 healthcare employees to the union. These CDPH licensees are employed by various healthcare facilities throughout California, and this information will grease the skids of SEIU organizing in the state.

SEIU strategy also calls for outright bribes (contributions?) to those in political office.  Riverside County supervisor Manuel Perez became the holdout of the 5-member board in negotiations with an SEIU local that represents 7,300 county workers, after receiving a $25,000 “donation.”