It (finally) appears that we’ve settled on our next President, after enduring an election that was the perfect capstone to 2020. Even though President-elect Biden is all but assured to be sworn in on January 20, the true nature of his labor policy won’t be known for a bit longer. Control of the Senate depends on the outcome of two runoff elections in Georgia on January 5, 2021. And control of the Senate will determine how far Biden can go in his Labor Day commitment to be the “strongest labor president you’ve ever had.”

It’s hard to overstate the importance of the Georgia Senate races. Democrats need to win both seats to win control of the Senate, and control of the Senate is crucial to achieving a lot of Biden’s promises to organized labor. Even winning both seats creates a 50/50 tie in the Senate that must be broken by Vice President-elect Kamala Harris. This means losing even one vote from the Democratic caucus stops most legislative action in its tracks. Let’s look at both scenarios – a Democratic sweep of Georgia’s runoff elections or a Republican victory in one or both races.

If Republicans retain a majority in the Senate, the next two years of the Biden administration will look a lot like the final years of the Bush and Obama second terms – not much happening. At the end of the Bush Administration the Democrat-controlled Senate refused to confirm NLRB members to the Board, resulting in the New Process Steel dispute that ended up with the Supreme Court ruling that a 2-member NLRB lacked a quorum to decide cases. Once Republicans took over control of the Senate in 2014, the same thing happened. NLRB members were no longer getting confirmed.

Currently the Board sits at 4 members, with only one Democrat – Lauren McFerran – on the panel. She will be quickly elevated to the role of Chair, but the Board will effectively remain in Republican control until at least one other Democrat is confirmed. And if you’ve paid any attention to Mitch McConnel’s operation of the Senate (and Harry Reid before him) you know that won’t happen. The most likely scenario in this situation is that the Board drops to a two-member panel (remember that means no quorum) when John Ring’s term expires in 2022. In the meantime, there won’t be a Democrat majority to make any important decisions at the Board. So not much happening at the Board. 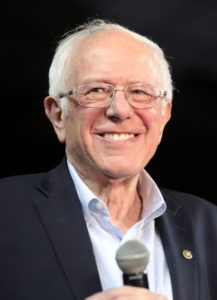 Under this scenario Biden’s legislative priorities, like the PRO Act and card-check, will also be dead on arrival at the Senate. Biden will still be able to reverse a number of President Trump’s executive orders related to organizing in the federal government. A new Secretary of Labor (whenever they are seated, which will probably take a while) will be able to begin the work of reversing Trump Administration rulemaking and enforcement guidance, but private sector employers won’t likely see big legislative changes until 2023 at the earliest.

What happens if Democrats win both Senate seats? That gets a lot more interesting. With Democrats in control of the Senate they will be able to push through nominations. It still takes a while and the labor-related positions (other than the Secretary of Labor – can you say “Secretary Sanders”?) usually don’t get filled in the earliest part of a new administration. The Senate could confirm one Democrat Board member immediately (the seat formerly filled by Mark Pearce remains open) but it will still be August 2021 before the Senate could confirm a third Democrat Board member that would give the Board a Democrat majority.

In this scenario there is a better chance of Biden’s labor policy promises to become a reality. His platform includes an ambitious number of proposals in addition to the PRO Act, but that is the centerpiece. It is no exaggeration to say that this is the most sweeping labor law reform since the passage of the Landrum Griffin Act in 1959. It is certainly conceivable (I think a near certainty) that if Democrats win the Senate they will abandon the filibuster rule, which will then give them the ability to pass legislation on a straight up-or-down vote. They will have the power to adopt legislation, so the key question is will they be successful?

The problem with the PRO Act, or any ambitious legislative effort, is that it has to pass both houses of Congress. And while the 2020 election managed to vote in Biden as President, Democrats lost seats in the House and will only gain Senate control by literally the thinnest possible margin. If they lose even one vote in the Senate, they can’t get a bill to Biden’s desk.

That’s a big problem. The Democratic caucus is not a monolith. And if they hope to keep control of the Senate, they must look forward to the 2022 mid-term elections that are looming just around the corner. The 2020 election proved that while a majority of Americans may have grown tired of Trump, there is certainly not a mandate for the legislative vision of Democrats. Further, there are a number of vulnerable Democrats with seats at risk in 2022. Mid-term elections are rarely favorable to the President’s party (they weren’t for Trump) so if Democrats wish to retain or build on their control of the Senate they’ll probably have to tread lightly over the next 2 years.

In addition to this, there is some skepticism in labor circles about just how committed Biden is to their policies. While Biden talks a good game, so did Obama. And Big Labor remembers how they got burned on the Employee Free Choice Act which got sidelined in Obama’s first term (when Democrats controlled 60 seats in the Senate). Biden won his party’s nomination as a centrist, and while his platform is certainly more liberal than any before him there is a lot of concern that he will govern more from the center.

There is no doubt that Biden is a big supporter of unions – his transition teams are full of union leaders from every major union. How much political capital will Biden spend to satisfy his labor friends at the expense of private sector businesses? Businesses that are struggling through a pandemic economy that could be in a double-dip recession by the time he takes office. It’s a good question, and if history is any guide there is reason to see why labor leaders are wringing their hands.