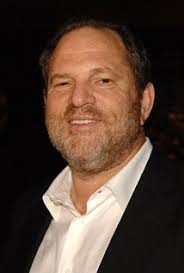 So many pixels have already been spilled on this horrific situation. I want to focus on one aspect of this story I haven’t seen talked about much. Why does terrible behavior like this stay hidden for so long? Why does it take so much courage to report actions like this? And this isn’t just a harassment or discrimination question. Horrible behavior related to safety concerns, quality issues, financial behavior and many other ethical lapses also remain swept under the rug way too often and for way too long.

Most people don’t have the power of Weinstein. But even in situations where the power imbalance is much lower people still won’t call out these terrible behaviors. Why? It’s human nature.

We often act different around people who have power over us (and I’m not talking Weinstein power – this happens even if the person has very little actual power). This experience is something called “power distance.”

We treat powerful people with respect. Defer to them. Let them have their way. We decide not to make waves. Go along to get along. Why do we let people in power have this effect over us?

Humans are very sensitive to power relationships, and not just at work. This is something that works at the most primitive levels of our brain. People with power – especially power that can impact basic needs like our safety or whether we can feed and shelter our family – trigger our “flight or fight” reflex.

Think about it like this. In ancient history upsetting your boss meant getting kicked out of your tribe. That was a death sentence. While the more advanced regions of your brain would tell you this is an overreaction, that part of your brain never gets a say. That’s because a lot of this happens in our subconscious, without us even knowing it’s happening. Even when these feelings bubble up to our conscious brains we still will often choose to avoid doing something that could upset our boss.

We experience power distance based on all kinds of things in our background. It could be our gender, culture, family, religious upbringing, and our prior power relationships at work. All of these combined experiences with power determine how we react when around someone in a power position.

This is why it is so important for leaders to be aware of power distance. Since our teammates may not consciously even understand they are holding back, it is up to us to recognize this distance. We must be approachable and make them feel safe and comfortable bringing up something that may be uncomfortable. 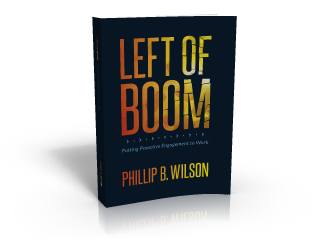 Watching for power distance may be the only way you find out about problems at work early enough to do something about them. This is the whole point of my book Left of Boom.

If the Weinstein situation teaches us anything it is that sweeping problems under the rug or covering them up never works.  And when the “boom” eventually happens it can kill a company. Killing the company might be a just result for Weinstein. But it ends up punishing a lot of innocent people who just had the misfortune of working in a business with unapproachable leaders. Hopefully we learn this lesson.