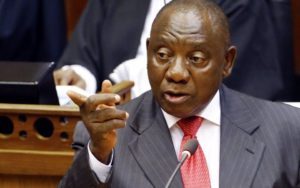 The past month has seen South Africa at odds over a proposed bill to initiate a minimum wage in the country. On April 25, thousands of workers protested the bill nationwide. While some unions support President Ramaphosa’s recognition of the minimum wage, others vehemently oppose it because they say it “legislates and legitimizes a poverty wage on which no one should be expected to live.”

A bit further north in Liberia, members of the union Firestone Agricultural Workers of Liberia are at odds with their leadership over its move to shift the institutions “rights and responsibilities” over to an entirely different union that its membership did not agree to be a part of. Read more here.