New York lawmakers are proposing a bill that would allow Uber and Lyft drivers to unionize. This would essentially extend union rights to gig workers under state law. The main question here is whether the NLRB, which enforces labor law nationally, will allow it. And if so, we’re looking at a potentially major step for gig worker classification (considering the fact that current labor law requires workers to be classified as employees in order to organize). 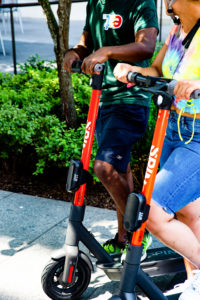 Seattle joined New York City last month as one of the few locations that has set a minimum wage for gig economy workers. The “Fair Share” program was approved by the Seattle City Council on November 25. It adds a new tax of 51 cents per ride that is supposed to be used to help pay for the new $16 per hour minimum wage.

Meanwhile, New Jersey continues its crackdown on the misclassification of independent contractors with six new bills “increasing investigative and enforcement powers.” Read about each bill here.

And finally in our top stories on the gig economy, Spin, a scooter rental company owned by Ford, has recently completely shifted away from its gig-economy business model and now hires all workers as employees. This month, they became the first scooter company in the San Francisco Bay Area to organize its workers through card check. Now, San Fran’s Municipal Transportation Agency is reportedly requiring all scooter companies seeking permits to hire workers as employees and to pledge not to oppose unions.