On January 1, 18 states and 22 U.S. cities raised their minimum wage. These increases are expected to affect roughly 3.9 to 4.5 million workers nationwide. They will not, however, boost U.S. salaries more broadly, economists say. 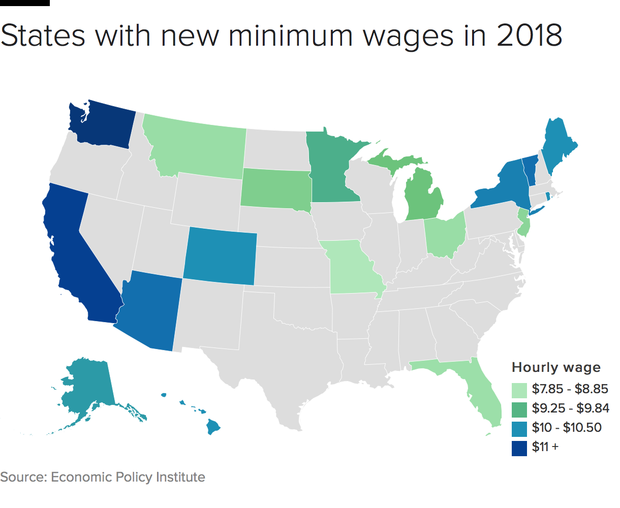 What will? Well the answer to that is complicated. That’s why it’s important to acknowledge that there’s more to it than just increasing the minimum wage.

For example, economists expected much more wage growth in general over the last 8 years (post the 2008 financial crisis and recession). But we’ve stagnated. Roberto Pinheiro, senior research economist at the Cleveland Federal Reserve Bank, believes the main reason for that is because labor productivity hasn’t increased. Unemployment can go down. And wages can go up. But if “firms are not getting more in output per hour from workers,” the pie itself doesn’t grow.

In international news, Korea and some Canadian provinces recently increased their minimum wages. Read about how that’s working out here and here, respectively.