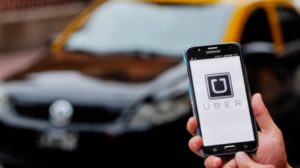 The Gig Economy received mixed results in a pair of rulings on the west coast. A Seattle first-in-the-nation ordinance allowing drivers-for-hire to collectively bargain took a hit when an appeals court ruled against it. The ordinance was a Big Labor gambit aimed at companies like Uber and Lyft. It was welcome news to companies building a business around an independent contractor workforce.

All three are difficult to prove - specifically point number 2. Under this test, gig workers for companies like Uber and Lyft would be considered employees.