North American unionized auto manufacturers will fall behind non-union manufacturers in production output this year, according to an IHS Markit forecast. When Tesla output is combined with European and Asian automakers with a footprint in the U.S. and Canada, their 8.7 million vehicles will surpass the 8.6 expected by GM, Ford, and Fiat/Chrysler. Projections are the gap will continue to widen, with output by the Detroit Big Three expected to fall while other manufactures’ output grows. GM has already announced it will idle its Detroit-Hamtramck assembly plant through the end of the year and then scale back output by about 20% upon reopening. At the CAMI plant in Ingersoll, Ontario, GM has let Unifor know that it intends to open Equinox production in two plants in Mexico. The union had 3,000 employees on the picket line for over three weeks, contending among other things for an assurance that the CAMI plant would be the main producer of the SUV. The strike was finally ended with a new contract that will make it costly for GM to lay off further CAMI employees. 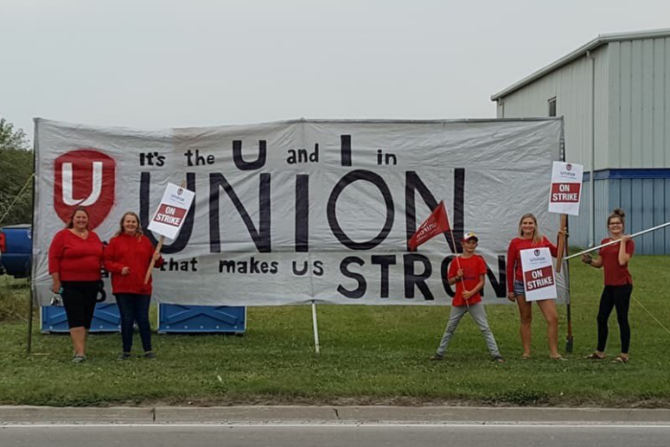 At another Michigan auto industry plant, the UAW has determined it would rather see the plant closed and jobs permanently moved to Mexico than to make any concessions to the contract. As a former federal official summed up the situation: “The UAW’s statement shows again that the union is unwilling to be flexible and adapt for the long-term best interest of its members, the companies it negotiates with, and the local economies where it operates… Rather than trying to find a creative solution to retain jobs and keep the Dematic plant in Grand Rapids, it would rather see its members cash out with severance packages.”