One of the Auto Workers primary organizing tactics these days is to push for reorganizing groups of workers into ‘micro units.’ In a recent attempt to do so, the Board ultimately decided that a group of 12 workers at Edcor Data Services had ‘too much in common’ with the 20 other call center employees to be considered a separate group.

Here’s your update on the FCA scandal…

Earlier this month, former Fiat Chrysler labor negotiator, Alphons Iacobelli, indicated that the arrangement to funnel money out of the FCA/UAW training funds was set up long before he was brought into the fold. FCA officials say they’ve found no evidence to validate Iacobelli’s statements. 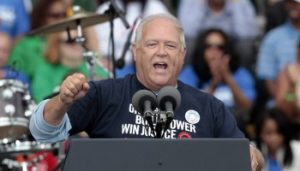 On the Auto Workers side, a former labor official told federal prosecutors last month that UAW President Dennis Williams actually directed subordinates to use training center funds to pay for ‘union travel, meals, and entertainment.” Williams has not been officially charged with any wrongdoing at this time. Additionally, despite being named as ‘target’ in the FBI’s investigation, Cindy Estrada has officially been moved from the UAW’s General Motors division to head the FCA division. What’s the deal with Cindy Estrada? Check out this article.