Washington agencies continue to roll out regulations and rules in favor of their Big Labor patrons. The NLRB has been particularly busy. In additional to finalizing the “organizing rights” posting rule, the board also overturned two decisions, making it more difficult for employees to get rid of a union they no longer want. First to be overturned was the 2007 Dana Corp decision. In Dana Corp, if an employer recognized a union by “show of interest” alone (in other words, without giving employees the chance to vote on representation), an immediate appeal by at least 30% of the employees (or a rival union) could force the issue to an election. In overturning this decision, the board said the union should be able to operate for a “reasonable period of time” before the employees were allowed the opportunity to vote it out. The board defined the time period as a minimum of 6 months, and up to a year, depending on the circumstances.

Somewhat parallel to Dana was the 2002 MV Transportation decision, which allowed a union’s status to be challenged by 30% of the employees (or again, a rival union) at the time a business changed ownership. Just as in the case above, the board reversed this decision, and again imposed a 6-month to 1-year period before the union’s status could be challenged.

The board also issued its ruling in the Specialty Healthcare case, ruling to allow sub-units to be recognized as “appropriate units” in non-acute health care facilities. Former board Chairman Peter Schaumber summed up the mischief inherent in this gambit earlier this year:

A proliferation of small units presents the specter of an unending series of union organizing campaigns, NLRB proceedings, and the attendant litigation costs and disruption to the employer’s operations. Moreover, fragmentation of the workforce does not enhance collective bargaining, it undermines it. As the Board has recognized, it can give rise to conflicts of interest and dissatisfaction among constituent groups, impose the time and expense of continuous and repetitious bargaining, and lead to wage whipsawing, more frequent strikes, work stoppages and jurisdictional disputes. … That is why the NLRB, since its inception, has sought to avoid the proliferation of bargaining units and it is why the National Labor Relations Act specifically states that the extent to which the union has succeeded in organizing employees shall not be controlling in determining the appropriate unit…. 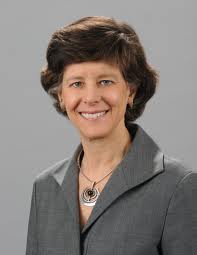 As mentioned in an earlier post, former NLRB Chairwoman Wilma Liebman as completed her term and retired, leaving 3 members on the board, and Mark Pearce the new chairman. According to the New York Times, Liebman defended the board’s actions as being misunderstood, stating “The perception of this agency as doing radical things is mystifying to me.”

Over at the DOL’s Office of Labor Management Standards (OLMS), an interesting twist is being added to the newly proposed OLMS reporting rules. John Lund, head of the OLMS, plans to change the definition of the term “employer” as it exists in the Labor Management Reporting and Disclosure Act to exclude labor unions, thereby shrouding union activities in a yet deeper veil of secrecy. BigGovernment.com writer Don Loos sums up the motive succinctly:

Why the change? Because John Lund wants to exclude himself and other union labor consultants from the onerous new “Employer” and “Labor Consultants” regulations that DOL is currently proposing.  If union bosses were covered by the ‘Employer’ definition, then Big Labor law firms like the NEA’s Bredhoff & Kaiser would be required to file the new reports in order to comply with its new regulations. This Employer definition change will effectively eliminate union bosses from ever having to disclose timely details of their payments to Justice for Janitors, Interfaith Worker Justice, or any other Big Labor front groups participating in their labor persuader activities.

The next big Big Labor/Government brawl will likely begin in September as the battle over the FAA resumes. The reauthorization bill promoted by Republicans includes provisions to overturn the recent National Mediation Board decision that made it easier to unionize in the airline industry. Democrats stood against the measure, even forcing a shut down of the agency, which was only temporarily resolved. Whether Democrats will stand firm in the midst of the continued pressure of the budget battle remains to be seen.

On the union side, the AFL-CIO announced an effort to ramp up its political machinations by forming a super PAC as a way to funnel more money into politics, particularly at the state level. Trumka touted in a recent video, “I have conversations every day with someone in the White House or in the administration.  Every day.” It appears this isn’t enough, and he’d like to make similar comments about all state capitols as well.

Finally, an interesting (and brazen) twist on the state level. Tennessee State Representative Gary Moore has taken the post of president of the Tennessee AFL-CIO labor council. Although Moore claims he can avoid any conflicts of interest, State Republican Chairman Chris Devaney doesn’t buy it. “He needs to figure out if he wants to represent his district or represent the AFL-CIO.